I noticed 0.20.0 is released and am considering deploying (we’re currently on git-3b2cc672) soon. However, it’s unclear from the release notes what the group changes are:

Listed as new (i.e. not Breaking)

This PR links to an internal issue which isn’t available to the public and has the following description.

Group claims are no longer supported.

Apologies, this isn’t the upgrade path we were shooting for with v0.20.

We’ve held off on the v0.20.0 announcement in part because our documentation site is currently not the state we’d like it to be after a major re-org and switching hosting. Unfortunately, that has meant broken links and a staggered release.

A longer explanation on why these changes were required will come with the announcement. Hope that helps!

Hi @bobby, thanks for the prompt reply. I hope your hosting switchover wasn’t too painful.

Assuming you are getting groups from jwt claims (as your config suggests) this will not break for you.

Hmmm, I’m nearly certain our deploy will break. The Upgrade Guide answers a fair number of questions, but not all.

(1) The JWT claims are added by pomerium for upstream applications, but we had been using allowed_groups in the routes definition. This has been deprecated. (Mild bummer, it was useful shorthand for simple cases.) The upgrade guide appears at first glance to have the necessary changes, not bad overall…

(2) But wait! The upgrade guide says to use claims: group/xxxx which won’t exist for Google, right?

(3) idp_service_account, which we were also using per instructions in prior versions, will totally break for Google. The docs appear to have been updated helpfully, here. But they remain unclear as to what the “plugin” actually is, so it looks like groups on Google has been moved to Enterprise only.**

Unforunately, Google does not yet support getting groups data using a custom claim. Groups must be loaded by using a plugin to fetch directory information (see Enterprise’s Directory Sync).

(4) It’s unclear to me whether the move to datasource breaks anything. I’ll wait until the docs settle down, as the webpage is just a marketing blurb and README.md is empty.

** Note: we have an Enterprise license, but have been using the open-source Core. It seems now a switch is required.
@XxEnigmaticxX

Thanks for updating the changelog with breaking changes.

Can you clarify the upgrade path for allowed_groups? As I’ve discussed above, I’m nearly certain an upgrade would break are deploy but it’s unclear how to migrate.

Yes. Will respond back shortly here in a few hours. Thanks for the poke @alexrudd !

Upgrade path is to use ppl syntax for groups, and to update directory sync to use external datasources.

Hope that helps; if you hit any snags or it could be made clearer please let us know.

Well, I got reasonably far. I managed to attach an Enterprise console (0.20.0) to my existing Core (v0.19.0-28-g3b2cc672 + 3b2cc672). I imported the existing service account, which appears to have worked since it’s adding entries in the databroker PSQL table records

(I think these are new since they are namespaced as pomerium.io which I haven’t seen before. There are also old(?) records of type: type.googleapis.com/user.User and type.googleapis.com/directory.Group but I think (?) those are from the 0.19 databroker)

EDIT: Below problems were caused by my config.yaml missing a policy: block above allow:
I got it working!! although I’ll need to disable the old service account config to be sure it’s actually pulling from the External Data Store. 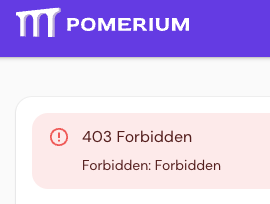 I wondered if I should use record instead of group somehow. I tried

Sadly, the documentation on External Data Sources remains useless so I’m out of ideas.

I’m now pretty confident I got it working using a service account as an external data source. In fact it does work with names and not ids (thank goodness).

A refinement of the above… groups should be an array item. Otherwise, if you try to do multiple ones the others will get dropped.